I didn’t choose music. When I was a child, I remember believing that when the time came to figure out what I should do with my life, I would know what to do. I even imagined there might be a guidebook—or perhaps I would just grow into serene adult wisdom and certainty. But by the time I was nearing college age, I had realized that there would be no certainty, and there was no way I could chase all of my dreams at once.

I had been in love with science for as long as I had been in love with the violin. As a school-age child, I attended youth orchestra rehearsals on Saturday mornings and practiced every morning before school. In the evenings I fell asleep reading my beloved science encyclopedia. My first chamber music rehearsal and my first algebra lesson are equally vivid in my memory. As a twelve-year old, I was equally inspired by violinist Hilary Hahn and astrophysicist and science communicator Carl Sagan. As a teenager, I juggled lessons, rehearsals, gigs, and summers at music camp with extra math classes, a physics internship, and AP exams. When it was time to go to college, I had to make a decision, and I chose science. That year, before going off to college, I prepared and performed a solo recital, played in the All State, and performed as a soloist with a student orchestra for the only time in my life.

😓
But there was always the road not taken: the life in music I didn’t choose.

I don’t regret my choice. I loved college and my heart really was in science. After college I went on to earn my PhD and landed a research job. But I didn’t give up playing music. I played in orchestra and chamber groups throughout college, studied theory and composition, and received a scholarship to study with a Conservatory teacher for a year. After I graduated, I played in an orchestra for doctors and scientists—a whole community of people who had made the same choices I had.

But there was always the road not taken: the life in music I didn’t choose. There were the hours I didn’t spend practicing, the repertoire I never got to, the intonation I didn’t fix. I thought about those things sometimes, but was I content enough.

And then, when the pandemic began, my orchestra shut down. Suddenly, I found myself homeschooling a toddler and kindergartener while working full time, and thus my violin stayed in its case. For the first time since childhood, I was not a musician.  Like everybody else in those early months of the pandemic, I was just getting by. But as it wore on, I began to feel as though I had lost something fundamental: it felt as if I were missing a limb. I hadn’t expected the visceral sense of loss, and found I hardly recognized myself without music.

A year and a half later, I found it very difficult to start again. I had lost the calluses I had built with consistent practice, my hands felt uncooperative, my intonation was shoddy. I gave up easily. I had no performances to practice for and no friends to play with, only a feeling that I needed to return to music. Even so, it hardly seemed worth it when professionals do it so much better.

This went on for months until I found Tonic. Within a day or two, my self-critical and lonely practice sessions were replaced with open studios, new friends, and encouragement. I made a post in one of the group chats and within minutes had been invited to multiple other groups: musician parents, musician scientists, and others. Suddenly, I found myself with a musical community again.

🎼
I trusted that through putting in honest practice every day, I could improve.

Knowing that my friends on Tonic might stop by to listen, even for a minute, I found myself practicing with more focus and for longer periods of time. I learned new repertoire, inspired by things I heard others playing in their studios. I revisited old Kreutzer and Rode etudes with a fresh eye and better practice techniques. I began to feel like I was a musician again. When listeners stopped by, I wanted to play something beautiful for them. And isn’t this what a musician does?

My calluses came back and my bow arm got stronger. I signed up for lessons again, as well. And as I waited for my first lesson in fourteen years, hands sweating and tight, I didn’t find myself hoping that my teacher would love my playing— unrealistic, if understandable—but that she would find lots of things I could work on fixing right away. For years I had been fighting to hold on to music, refusing to let it go, afraid to realize that my skills were slipping away or that I’d never be able to play the way I wanted.  With Tonic, I started to build confidence. I worried less about proving to myself that I could still play, and started thinking about how I could improve. The enthusiasm for practice was so infectious. I felt ready to fix old habits, practice, and be a student again. I trusted that through putting in honest practice every day, I could improve.

After all, that’s what everybody else on Tonic was doing. Even beginners. Even Ray (Chen), learning a new concerto with a hundred people listening, when he could easily just play music he already knows. If he can share that learning process, I told myself that I can be honest about my own. Now, I take out my violin every day, whether for a longer practice session or only fifteen minutes, even when I can only practice late in the evening, or with my young children playing around me. Sometimes, I barely have time to warm up, but the consistency has paid off, and I don’t think I’ve ever sounded better. I may not have chosen to become a musician, but in a way, I am still choosing it every day.

🎻
Elizabeth Riley (@sciviom) is a neuroscientist at Cornell University, mother of two, and a still a violinist, refusing to let go of music.
👏
Special thanks to our community editors HyeJin Kim (@hyejin40hours) and Cecilia Tan (@ctan).

Have you ever thought about practicing your music while you were commuting to school or work, or maybe idling in the park or waiting for your boy/girlfriend on the street corner?

Through NSOSMI, I developed immensely as both a musician and a person. 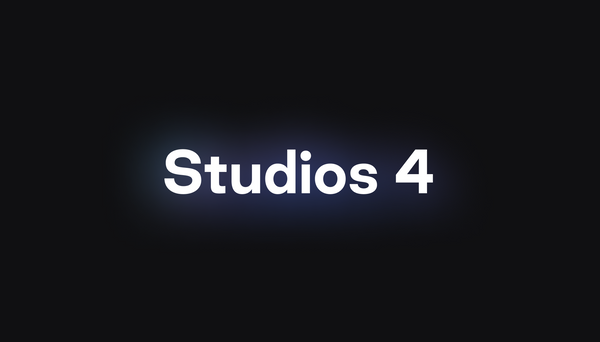